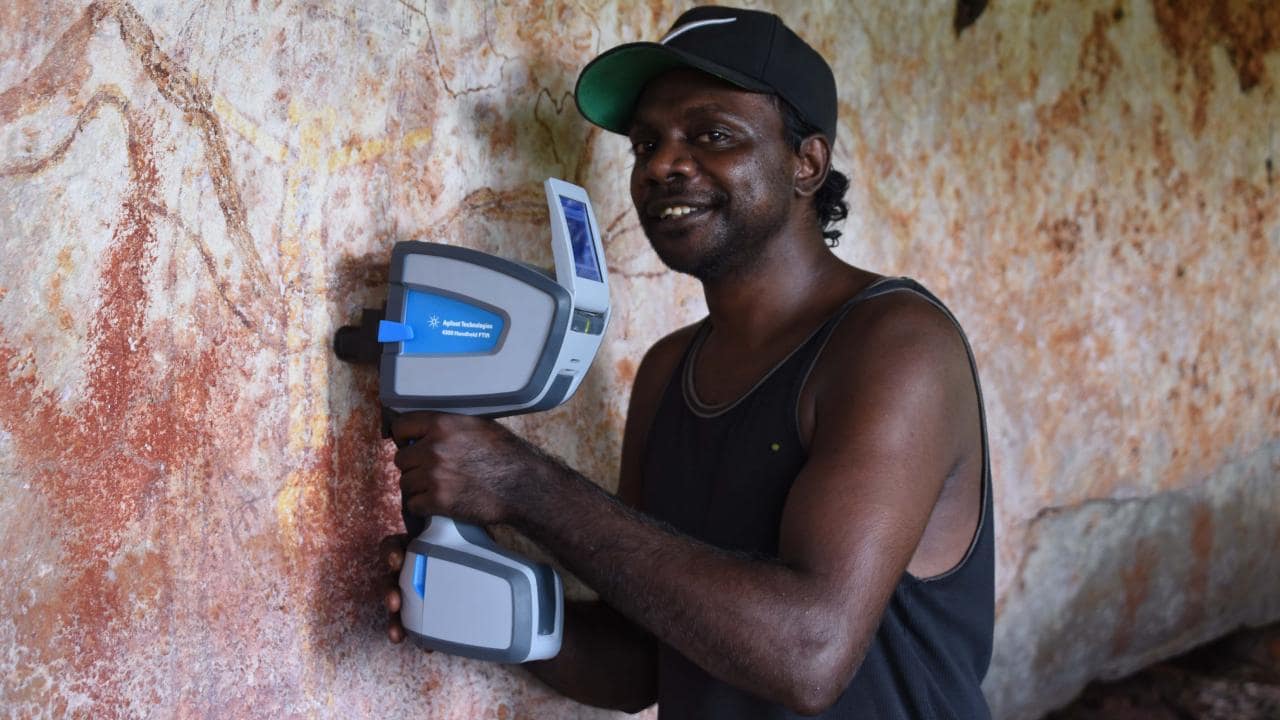 In northwest Australia’s rugged plateau country, the business of dating Australia’s human origins is being carried out with painstaking effort – and unique philanthropic backing.

Indigenous Kimberley organisations draw on cultural roots nurtured over 65,000 years of unbroken occupation. Their rock art is likely to be recognised as the oldest art known on the planet, if new dating techniques funded by the Kimberley Foundation Australia are able to unlock its secrets.

“They were concerned that their culture, their law and traditions were being lost,” says KFA’s Melbourne-based CEO, Cas Bennetto. The four men formed The Bush University which, in 1997, became known as the Wandjina Foundation. In 2002 it was renamed the KFA, a registered non-profit body listed on the Register of Cultural Organisations.

“We think it’s a pathway for all Australians to recognise, understand and connect with our indigenous cultural heritage,” Bennetto says. “The public wants to learn about indigenous rock art and Australia’s earliest history.”

The foundation aims to better understand and protect Kimberley rock art, but always in partnership with Aboriginal people. “Academics tell us it’s a unique model,” she says. “We initiate the research with leading scientists across Australia and with indigenous groups like the Kimberley Land Council.”

The KFA’s lead research partner is Balanggarra Aboriginal Corporation, whose lands cover remote northern parts of Western Australia. There are fewer than 1000 donors on the foundation’s books, yet two university chairs in archaeological research worth $13.8 million have been co-funded by the foundation, one at the University of WA and the other at the University of Melbourne. Backing has come from the Ian Potter Foundation and Andrew and Nicola Forrest’s Minderoo Foundation.

Seed funding is provided for first-stage research, then stage-two funding for the creation of Australian Research Council linkage projects. Over the past decade, $4.8 million in foundation funds has funded five ARC projects and smaller collaborations with five remote Kimberley communities

John Dodson, deputy chairman of KFA’s Science Advisory Council, says the model’s success is measured in record numbers of honours, masters and PhD students involved in KFA-funded research, and a plethora of international publications. “KFA’s mission is to share this story,” Bennetto says. “It is Australia’s story.”