And behind that story is another story waiting to be told. It is the colourful, serendipitous story of the Foundation’s history.  It is time to set it down accurately.  Who were the people involved? How did KFA create a model for funding research where the drivers are both the Aboriginal traditional custodians and the general public all seeking to understand and protect the cultural and historic significance of this Indigenous legacy? Twenty years on more than 40 KFA-sponsored researchers are in the field working with relevant Traditional Owners and involving a dozen universities and institutions.

There is no better person to tell this story than Maria Myers AC. Awarded a Companion of the Order of Australia in 2016 for the advancement of the understanding of Indigenous rock art and for her service to the community through philanthropic leadership, Maria Myers has been Chairman of KFA for eight years. Her story started in 1994 when she met Grahame Walsh. Already a student of Aboriginal culture she was so inspired by his description of the living culture of the Kimberley and the rock art that she went there. She was hooked. In 2000 the Myers bought Doongan and Theda Stations.  The following year she joined the KFA Board.

The lecture is free.  Please join us in the Banquet Hall for light refreshments following the lecture. Lecture sponsored by INPEX. Registration essential click here.

This event is proudly sponsored by INPEX, Japan’s largest investor in natural gas in Australia and a proud supporter of KFA. 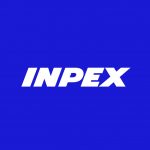