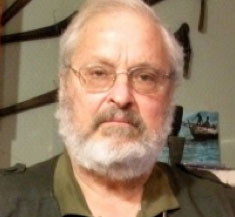 Continual fieldwork throughout the Kimberley gave Kim the opportunity to engage in his other interests including learning about the rationale and mythology associated with the rock art of the region; and the traditional material culture and technology from people who had lived in a more traditional environment.

Akerman brings to this lecture personal insights in his quest to come to terms with Wanjinas − iconic Kimberley ancestral beings whose spirits still pervade much of the northern Kimberley region today.

Wanjinas are perceived as beings, usually characterised by halo-like headdresses and mouthless faces with large round eyes fringed with eyelashes, set either side of an ovate nose. The cosmological significance of the Wanjina cult may, on the evidence now being discovered through recent analysis of the associated rock art, reach back 4000 years. For many people of the north and central Kimberley Wanjina art is continued as part of the fine art process and traditional owners may still ‘refresh’ their images found in clan territories.

Kim’s time is now spent processing the records of his fieldwork and making the results accessible to the relevant Aboriginal communities, appropriate institutions and others involved in Aboriginal studies. Kim is also involved with the translation of the results of anthropological research undertaken by early European anthropologists who have worked in north-western Australia