Rock art research and research of the Kimberley’s environmental history is central to answering some of the big questions about human migration and how people lived in this landscape through time. This globally significant research is undertaken in partnership with the Indigenous people of the region. 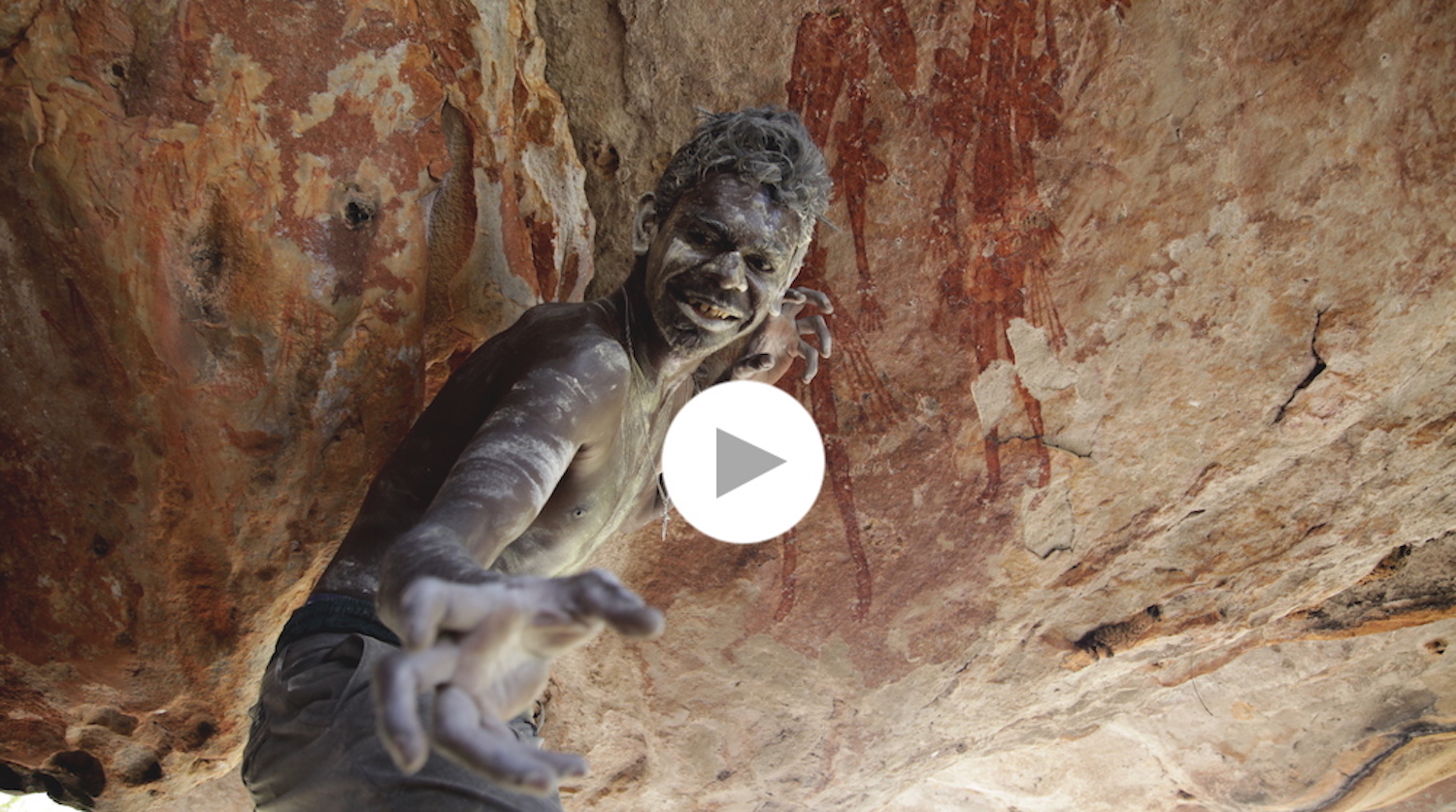 KFA has been funding rock art-centred research in the Kimberley since 2007. The Ian Potter Foundation gave us our first significant grant that year towards a Kimberley Regional Human and Environmental History Program. Since then we have underwritten five major Australian Research Council (ARC) grants, seed-funded a number of other projects and collaborated on projects with five remote Kimberley Aboriginal communities.

The Kimberley Foundation Australia and the Australian Research Council are supporting two major projects called Rock Art Dating and Kimberley Visions. A new project, Unlocking environmental archives of the Kimberley’s past, will be our sixth ARC linkage project. 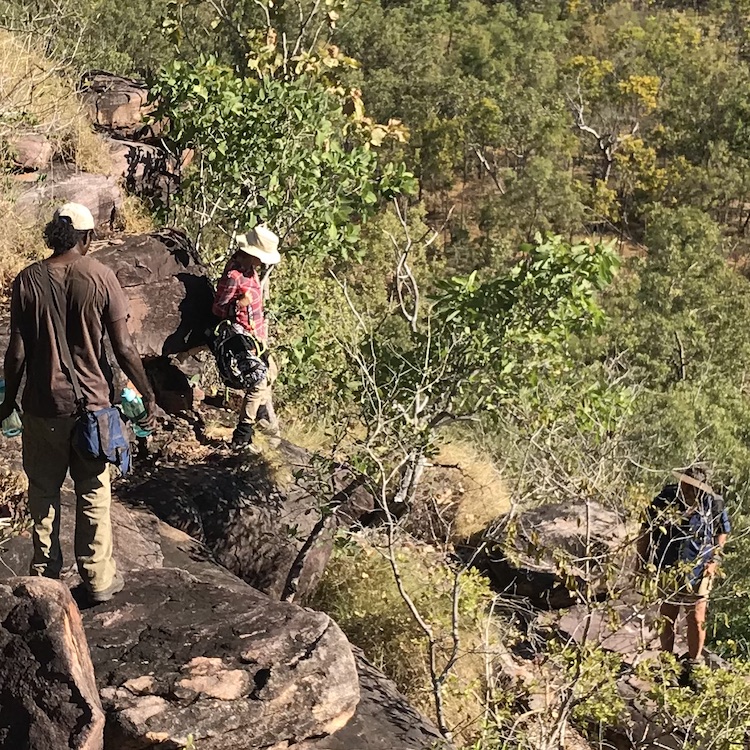 Kimberley Visions is a five year landmark study mapping the rock art and occupational history of the Northern Kimberley. It examines shared art styles across northern Australia and explores questions of regionalism and identity. Did similar styles occur between the Kimberley and Arnhem Land? What are our current understandings about shared traditions and why might they have changed through time?

The rock art of the Kimberley is renowned for the insights it offers into the deep history of Aboriginal social practice. The art often depicts people, their belief systems and environments in great detail with elaborate compositions, depictions of personal ornaments and scenes of group dynamism providing windows into millennia of cultural practices. Rock art as living tradition is realised through a research collaboration with Balanggarra Aboriginal Corporation and their Healthy Country Plan.

COVID-19 ADAPTION Kimberley Visions has postponed its final fieldwork season until mid-2021, refocusing energies on data management, analysis and research. The team has a series of publications underway led by both the UWA and Monash hubs, including papers on cached metal objects from the pastoral period, excavations, and the Kimberley rock art style sequence. The 4 PhD students are in intensive analysis and writing phases. 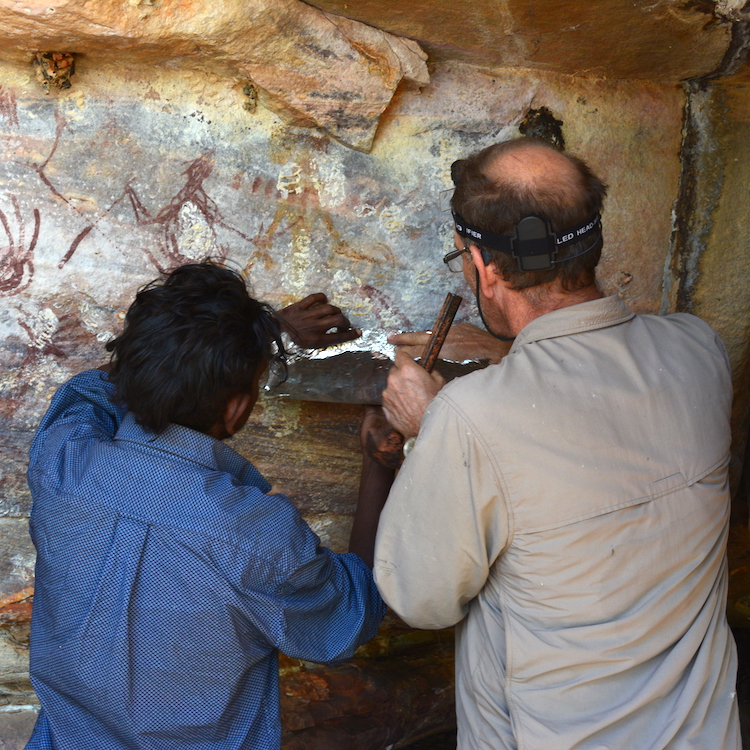 The project will run for four years from 2018 and has been awarded a major Linkage Grant by the Australian Research Council with support from the Kimberley Foundation Australia.

A large group of researchers and Traditional Owners carried out fieldwork on the Barton and Drysdale River. Approximately 160 new rock art sites were documented in collaboration with Kimberley Visions and sampled for dating in this area which had not previously been surveyed.

COVID-19 ADAPTION  The Covid-19 restrictions have limited access to laboratories but proved manageable as no fieldwork was planned for 2020. The focus switched to analysis of existing sample materials from previous field seasons and writing up the exciting results for publication. Within the lockdown period two manuscripts were submitted for review and several others are in preparation. These include papers by Green et al., focussing on research into the origins and dating of engraved mineral glazes and their potential as paleoclimate archives in the Kimberley, and Finch et al., focussed on radiocarbon dating of mud wasp nests in association with the Irregular Infill Animal art style. Masters student Jenna Hoy submitted her thesis in June, presenting her final report over Zoom. PhD student Damien Finch will be submitting his PhD thesis in the coming months.

The team remains in contact with the remote Kimberley communities, sharing photos and phone calls with friends and colleagues. Everyone is looking forward to resuming work in the field with Aboriginal partners on country. 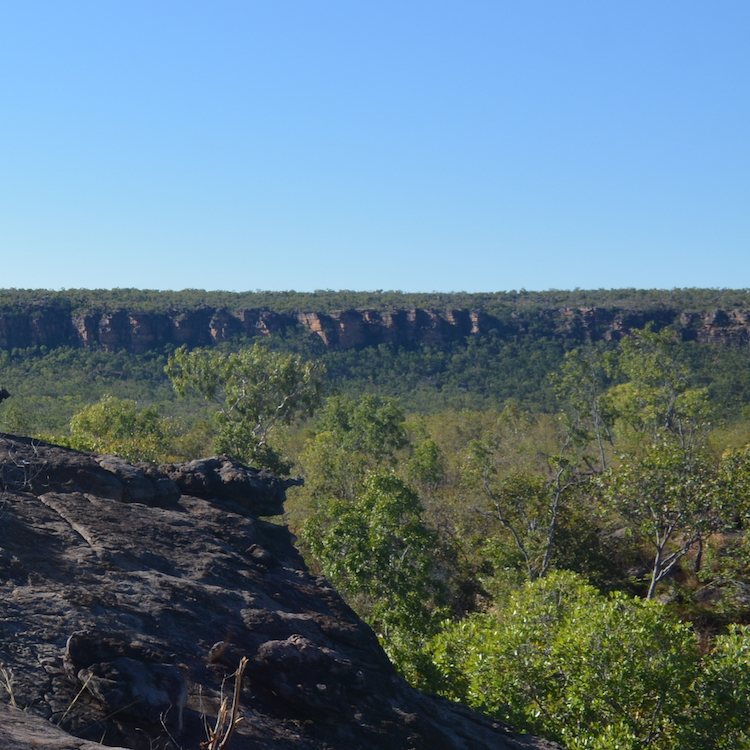 Research to establish a series of long-duration paleo-environmental and paleo climate reconstructions for the Kimberley region spanning the last 60,000 years has been awarded an Australia Research Council grant of $460,429. The project was seed funded by the Kimberley Foundation Australia.

The project aims to provide new understanding of the causes of environmental change and impacts on Australia’s Kimberley region since the arrival of Australia’s earliest inhabitants, and to inform conservation policy that will preserve the region’s globally significant rock art against environmental change and economic development. Ultimately all researchers in the Kimberley will be able to access a paleo-environments and paleoclimate e-atlas for the Kimberley. 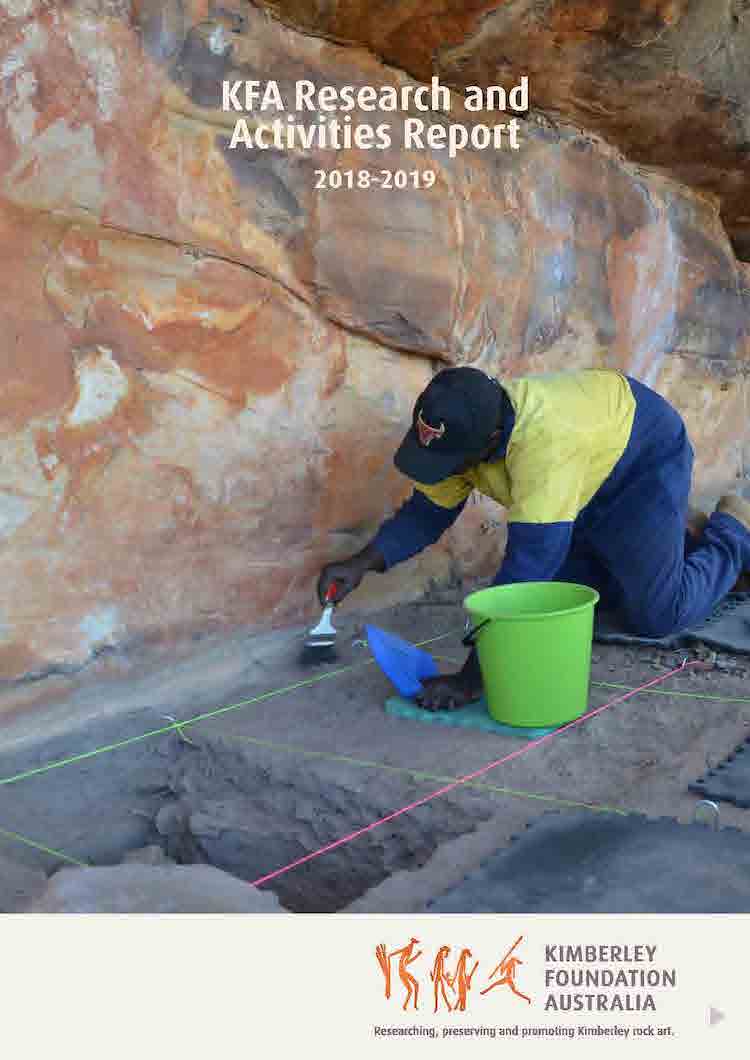 Download the 2019 report to learn more about the research projects.